A novel about a young woman from Malta during the First World War is October's book of the month on Clubleabhar.com. 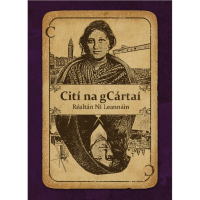 At the outbreak of the First World War, a young Maltese woman – Katarina – has her world turned upside down. She enters into an arranged marriage with Tomás, an Irish solider in the British army. Tomás is a native of Belfast stationed in Malta, dreaming of a united Ireland as Redmond promised.

We follow Kati’s story from 1917, when the hordes of injured flocked to Malta in the aftermath of the Gallipoli slaughter, to 1921 when she lands in Belfast, a city still in the grip of empire. An insightful depiction of women’s lives. This is Réaltán Ní Leannáin‘s first novel.